While purchasing a car, we consider various aspects. But the first thing we take into account is its distinctive color. The car’s color impacts our minds significantly.

You might have encountered instances where identifying a vehicle is easy by just catching a glimpse of it. In simple words, the color of the car plays a crucial role in its identification. However, you would come across vehicles that have a signature color that everyone knows. Here is the list of ten cars that can be recognized by their flagship colors.

The Tata Altroz iTurbo – Harbor Blue will be able to fascinate people from considerable distances. There is just one thing missing in the Altroz since its launch, and that’s the punch in its engine. And with the 1.2-liter iTurbo engine along with its new color, it’s a complete package. 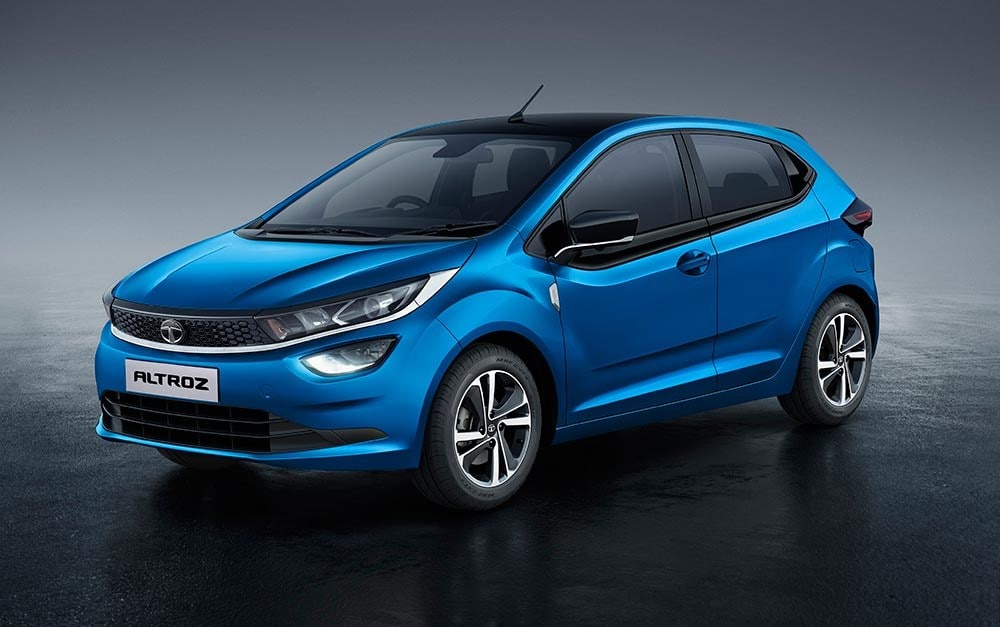 All the cars under Nexa come with the Nexa blue color option. However, the Maruti Suzuki S-Cross was the first to introduce the Nexa blue color. The refined and premium color of the S-Cross will allow people to recognize it from a great distance easily.

The Hyundai i20 can be easily recognized from a distance with its fiery red color. Red has been a signature color for Hyundai i20 since the Elite version. This red color has been at the forefront of making this car popular in India. 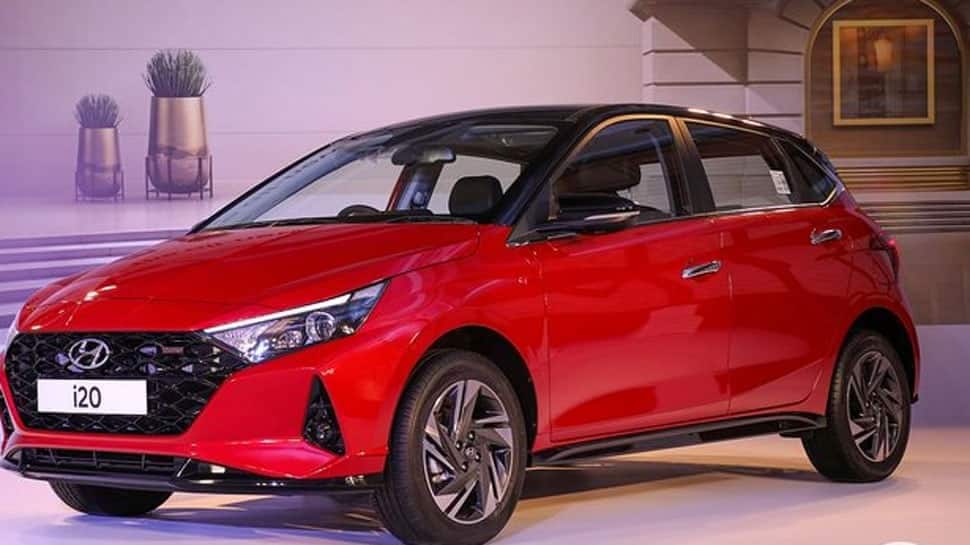 The Maruti Suzuki S-Presso is India’s much loved mini SUV. The sizzling orange color has made S-Presso stand out from its competitors by a fair margin. Moreover, one can quickly identify its signature color.

Well, you cannot name a sedan that has garnered as much popularity as Honda City. Being a premium sedan, the modern steel metallic color suits this car quite well. This color has been able to fascinate a majority of car lovers.

The Vitara Brezza is another car that has been pretty popular since its launch. The sizzling red color of this car has made it pretty popular among a majority of people. This color suits the car appropriately.

The Polo is a hatchback that made us familiar with the turbo petrol engines. The flash red color looks quite significant on the Polo. It also allows Polo to showcase its boldness and vitality to other vehicles on the road.

The MG ZS EV is India’s first electric car with its customary blue color. Apart from its traditional blue color, this car has scored exceptionally high in NCAP test ratings.

So there are some cars which capture our attention with their standard colors.

Related Topics:Featured
Up Next

Power Banks in Flight Check-in Baggage; Why You Are Now Allowed to Carry One

Even though every airline does issue detailed guidelines regarding things we can carry and not, what they don’t do is give us a detailed explanation for the same. Hence, here is why.

If you are a frequent air traveller, you must be irked by the situation where you are asked to shift your mobile’s power bank from your check-in baggage to your cabin baggage. Even though every airline does issue detailed guidelines regarding things we can carry and not, what they don’t do is give us a detailed explanation for the same. So even if you know that power banks are prohibited in checked-in luggage, chances are you don’t know why. You may be confused as to how come the same device that can be allowed on board along with you cannot be part of the cargo. Read on to know why.

This is a safety precaution as power banks utilize lithium cells. There is a potential for lithium batteries to spontaneously combust, leading to a highly dangerous situation. If this happens while the power bank is in the cargo, it would go totally undetected in the hold and pose a grave threat. However, if it happens while the device is with the passenger, it can be detected easily, plus there are fire extinguishers on board.

Power banks have been a source of unpleasant experiences for many flyers. A Hindustan Times report states that at least two passengers are made to halt and have their power banks checked at the Indira Gandhi International Airport on a daily basis if the security check scanners detect something wrong with them.

“Some power banks are filled with clay or similar material. When scanned, they give an impression of a bomb. But, the good quality ones do not give any problem,” a Central Industrial Security Force (CISF) official told Hindustan Times.

So now that you know the reason you can’t check in your power bank along with the cargo, you probably won’t mind following the rule and will deal with it patiently.

Shamanth Gowda has just bought a luxurious BMW 525D model and has shared a picture with his brand new car on his social media handle.

For the most of us, Shamanth Gowda does not need any kind of introduction. Apart from being an internet sensation and having made various television appearances, he is most famous for his stint as a contestant of Bigg Boss Kannada season 8. And looks like right now, he is in a happy zone as he is the proud owner of a swanky new car worth ₹55 lakhs. He has just bought a luxurious BMW 525D model and has shared a picture with his brand new car on his social media handle.

In his post, Shamanth wrote, “It was a dream from my childhood and I remember scribbling car sketches behind my notebook last pages and that’s BMW 525d. Welcome home.”The picture seems to have come straight out of the showroom, where the actor is seen posing with his new car. He seems to have gone for the carbon black color model. The BMW 525D is available in 4 different colors — Bluestone metallic, Alpine White, Phytonic Blue Metallic and Carbon Black (metallic). 525d is a seater Diesel with Automatic Transmission and gives a mileage of around 17.24 km/l.

Fans of Shamanth congratulated him for his latestpossession on his post. Wishes have been pouring in for the young actor from fans as well as near and dear ones as well. “Hard work pays off,” said one fan while another fan commented, “Really proud of you keep it up.” One user revealed it is his dream to own a BMW someday as well and called Shamanth an inspiration for the same.

On the work front, Shamanth achieved fame and recognition after he appeared as a contestant in the eighth season of Bigg Boss Kannada and survived several evictions. Currently, Shamanth has a few silver screen projects in his kitty. He also makes occasional appearances on Kannada TV with special shows. 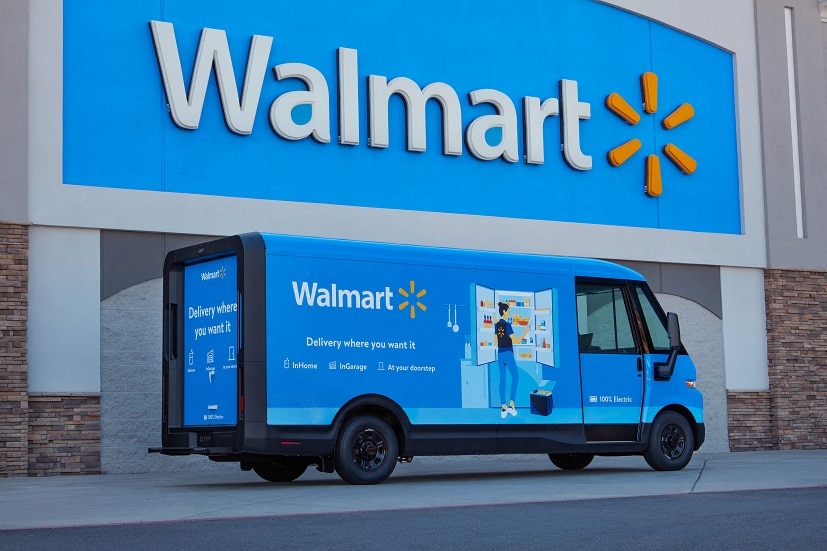 The automaker started delivering the EV600 van last month and will add the smaller EV410 in late 2023.

Financial terms of the deals, announced in conjunction with the Consumer Electronics Show (CES) in Las Vegas, were not disclosed.

The commercial EV business is attractive because governments around the world are pushing companies to slash CO2 emissions, and companies like FedEx, Amazon.com Inc and United Parcel Service Inc have pledged to shift their large delivery fleets to EVs. In addition, EV leader Tesla Inc has yet to enter that market.

Those large customers will be key to determining winners and losers as established automakers compete with startups to electrify the world’s package delivery system. Amazon earlier on Wednesday said it will collaborate with Stellantis to develop cars and trucks with Amazon software in the dashboards, and deploy electric vans made by the automaker in Amazon’s delivery network. 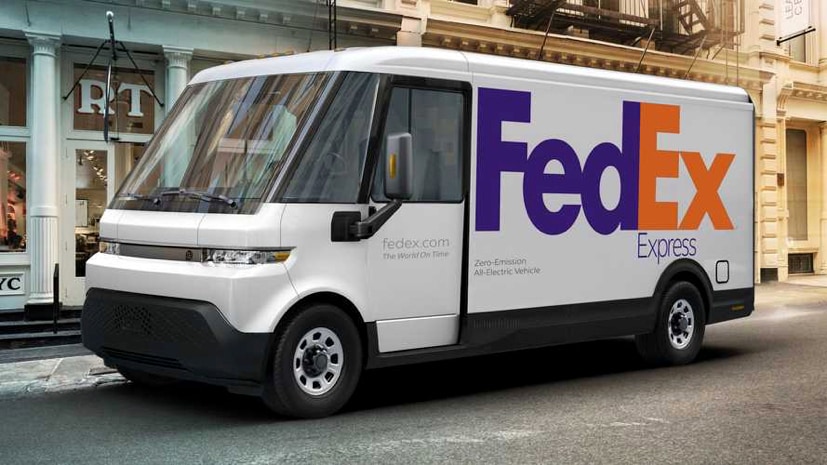 GM, which announced it was entering the EV van business last January, has estimated the U.S. market for parcel and food delivery vehicles will climb to more than $850 billion by 2025.

The Detroit automaker started delivering the EV600 van last month and will add the smaller EV410 in late 2023. It will open a plant dedicated to BrightDrop vehicles in Ingersoll, Ontario, in Canada in the fourth quarter of this year.

Under the deal with GM, Walmart will reserve 5,000 of BrightDrop’s EV600 and smaller EV410 delivery vans as part of its goal to operate a zero-emission logistics fleet by 2040, the companies said.

Walmart plans to use the GM vans as part of its InHome delivery service, which it said on Wednesday it was rapidly expanding. The first BrightDrop vans will be delivered in early 2023.

Meanwhile, FedEx, which had begun taking delivery of 500 EVs from GM last year, is reserving another 2,000 over the next few years and is negotiating to take up to an additional 20,000 after that. FedEx also wants to achieve a carbon-neutral footprint for its global operations by 2040.

FedEx expects to add more than 200,000 electric medium-sized delivery vehicles by 2040, and GM’s current two named models cover two-thirds of those needs, FedEx Express Regional President of the Americas Richard Smith said on a conference call. Fedex expects by 2030 that all new delivery vehicles purchased will be electric.

“BrightDrop’s real, they’re here now, their trucks are on the road for us in California delivering packages,” Smith said. “That’s another reason we’re leaning in to them.”

FedEx and Walmart officials both said their deals with GM are not exclusive and they have talked with other EV makers.

NFL Playoffs: What We Learned From the Wild-Card Games

Stephen Colbert Has a Backup Plan for Parents in the Pandemic