Pokemon Legends Arceus is arriving soon and players want to know if features from the main entries will be available.

One of the most enticing mechanics in Pokemon is the ability to trade with friends and strangers. Adding to your Pokedex or getting your hands on your favorite creature by trading is an important aspect of the franchise. 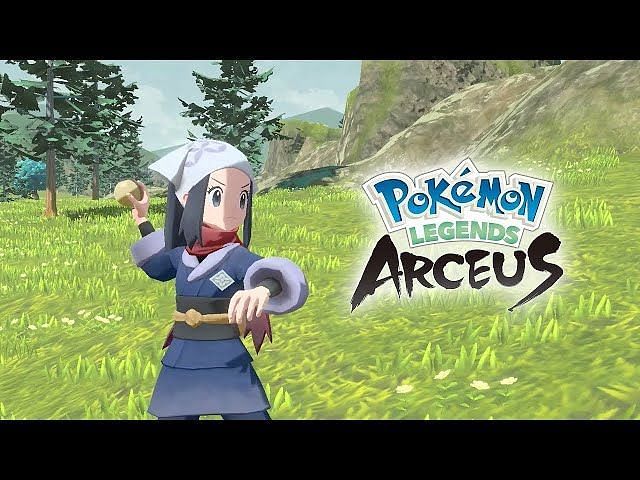 Even with a brand new style of game coming with Pokemon Legends Arceus, trainers should be elated to hear that trading will return. You can swap Pokemon with your friends through a trading post.

Trading will be a feature in Pokemon Legends Arceus

Typically, trainers in Pokemon games need to go to a Pokemon Center. There is an NPC behind a counter that you can speak with to connect to the internet and begin the trading process.

It will work a bit differently in Legends Arceus, but it can be assumed that an internet connection will be required. It is not known if players will need a Nintendo Switch Online subscription to do so.

Oooh, so there is multiplayer trading in Arceus, nice

Oooh, so there is multiplayer trading in Arceus, nice

It is also unknown if there will be more than one area to begin trading from, but it has been confirmed that a trading post will be available in Jubilife Village, along with several other NPCs and services.

The trading post in Jubilife Village allows trainers to give Merit Points in return for different items. It is also where trading Pokemon with other players will occur in Legends Arceus.

Right now, everything else about trading has not been disclosed. All we know is that it will be a feature in the game and that is enough to get trainers excited for this new Pokemon adventure.

There are quite a few Pokemon that are required to be traded, with or without a held item, in order to evolve. In addition, some version-exclusive Pokemon could only be obtained through trading.

This is the Trading Post in #PokemonLegendsArceus. You will be able to trade with other players via WIFI and trade Locally as well. This is the only online feature in the game that was shown.

This is the Trading Post in #PokemonLegendsArceus. You will be able to trade with other players via WIFI and trade Locally as well. This is the only online feature in the game that was shown. https://t.co/xQT04WKVLe

Since Legends Arceus isn’t part of a set like Brilliant Diamond and Shining Pearl, there won’t be a second game with version-exclusives that trainers will need to trade for in order to complete their Pokedex.

In terms of trade evolutions, though, they could very well return. The likes of Machamp, Golem, Electivire, and others may be found in the wild, but could also be acquired through a trading evolution.

NFL live streams: How to watch 2022 playoff games for free without cable

Eko Roni Saputra has been raring to get back in action and it seems he will be getting his wish soon.

In his latest Instagram post, the Indonesian warrior teased that he may have a fight coming up as he is in “Fight camp phase 1.” That’s according to his coach, Coach Aqil of ASP performance.

In the caption, Coach Aqil wrote:

“I’ve been coaching him for 3 years now and been through multiple fight camps together. This guy is strong and explosive as hell!” We’ve built such a strong base that we can go straight in and spend more time in our advanced phase of our training where programming and exercises are strategically chosen for his fight.”

While Saputra did not specify a date or opponent, a quick look at his Instagram stories would reveal a clue as to when he might fight.

In the story, he points at an advertisement for ONE X, which is scheduled to take place in Singapore on March 26. The event will mark the 10-year anniversary of the promotion and will be held in front of a full-capacity crowd.

While the announced fights are already stacked, more matches are still to come as ONE Chairman and CEO Chatri Sityodtong believes that there may be 18-20 matches on the card when it’s all said and done.

The addition of Eko Roni Saputra could add another must-see bout. The multi-time Indonesian national wrestling champion is on an incredible five-fight win streak, including a 10-second knockout of Liu Peng Shuai in his last outing.

Who will face Eko Roni Saputra next?

Eko Roni Saputra lost his debut match in ONE Championship but has since rebounded with a string of five first-round finishes. Needless to say, he is ready for bigger challenges in the stacked ONE flyweight division.

The division’s world champion, Adriano Moraes, is already booked to fight No.2-ranked Yuya Wakamatsu at ONE X. Meanwhile, No.1-ranked Demetrious Johnson is also scheduled to compete in a first-of-its-kind special rules fight against ONE flyweight Muay Thai world champion Rodtang, which takes them out of the equation as possible opponents for Saputra.

However, the likes of No.5-ranked Reece McLaren, No.4-ranked Danny Kingad and No.3-ranked Kairat Akhmetov still don’t have a date to the dance. They very well may be candidates to test Eko Roni Saputra at the big show.

Meanwhile, Chinese striker Xie Wei is also rising in the ranks with three consecutive stoppages on the global stage. He also could provide an exciting matchup with Saputra.

A big show deserves a big name and another high-profile flyweight to consider could be former world champion Geje Eustaquio, who is also getting back in the winning track on his way to reclaiming his lost gold.

One thing’s for sure though – considering Eko Roni Saputra’s recent performances, he will definitely put on a show no matter who he ends up facing. Myles Garrett is starting to think that the NFL’s random drug testing isn’t so random.

The Browns defensive end announced the news of his offseason drug test on Tuesday on social media, which he couldn’t help but speculate the timing of it was more than coincidental.

Why? Because he had posted a picture of himself shirtless and wearing a jacket on Instagram just a day before he got the request.

Under normal circumstances, Garrett might have laughed off the timing. However, Garrett has been randomly drug-tested quite a bit since the start of the 2021 NFL season, and he seems to believe that they are all related to him showing off his muscles.

The first time that he was drug tested came in early October. Garrett noted that he had gone sleeveless just once and was asked to produce a sample after that.

Garrett decided to tempt fate again a couple of weeks later. He went sleeveless against for a second time. Lo and behold, he was slapped with another random drug test. That prompted him to retire “sleeveless Myles.”

That didn’t stop the NFL from trying to test Garrett. A week after he went sleeveless again, he was tested yet again. He complied, but he continued to throw jokes around on Twitter in its aftermath.

This isn’t the first time that a player has been randomly drug tested at an odd time either. Odell Beckham Jr. was recently tested after putting together one of his best games in a Rams uniform. He complained about being tested so frequently when he was with Garrett in Cleveland and recently tweeted of his frequent tests “it’s been [like that] for the last 3 years” and “obviously more since I been a Ram.”

Is there a conspiracy at foot? Probably not, but it’s fair for Garrett — and Beckham — to be at least a bit suspicious of what’s going on.

Along with their daily dose of SBCs, FIFA 22 has revealed the Team of The Week 19 (TOTW 19) cards for FIFA Ultimate Team on January 26, 2022. FIFA’s Team of the Week promo celebrates the best performances from players across various football divisions.

Players are rewarded with a boosted Inform variant that sees an upgrade in the player’s OVR. In TOTW 19, EA Sports released Inform upgrades for 23 different players. Each card will have boosted attributes compared to the player’s base card.

TOTW cards on FIFA Ultimate Team will be available for players through packs in the store. They can be an efficient utility for players in their various Squad Building Challenges, particularly the upcoming Team of the Year (TOTY) set of challenges. Here is the list of players who made it to the Team of the Week 19 on FIFA 22.

FIFA 22 Ultimate Team: Complete list of all the player items that are part of TOTW 19

Joshua Kimmich, one of the highest-rated CDMs in FIFA 22, receives yet another Inform variant, boosting his OVR to 91. Kimmich’s incredible TOTW 19 sees a boost in attributes which puts him at 88-passing, 86-dribbling, and 85-defense.

TOTW 19 witnesses another top midfielder from the game being awarded a boost in ratings. PSG star Marco Veratti gets a minor upgrade on his 88-rated Inform card. This card is undoubtedly desirable with 92-dribbling, 88-passing, and 80-defense. 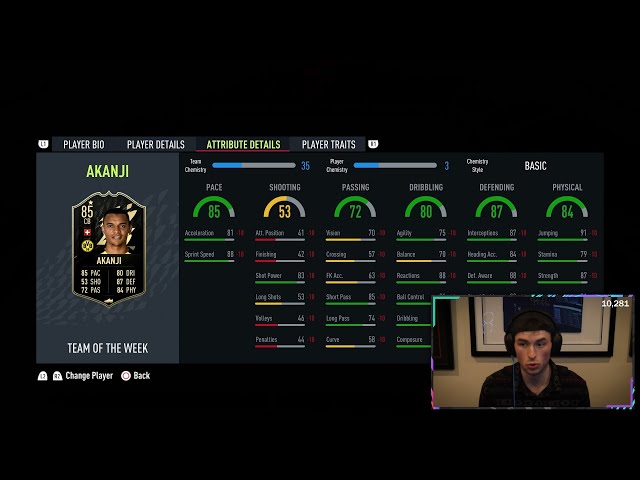 Stephy Mavididi and Juanma Garcia display excellent pace in their TOTW 19 cards, with Mavididi at 94 and Juanma at 89.

A Brief History Of Formula One